The following two photographs appeared in Century magazine, in an article which described Oak Grove Cemetery as a memorial park setting and mentioned several famous people buried here. The first is of the arch as it appeared in 1890, showing the ivy.  The second is the Hargrave crypt, which is built into a ridge, also dated 1890. The Hargrave family were operators of a large soap manufacturing business in the city. 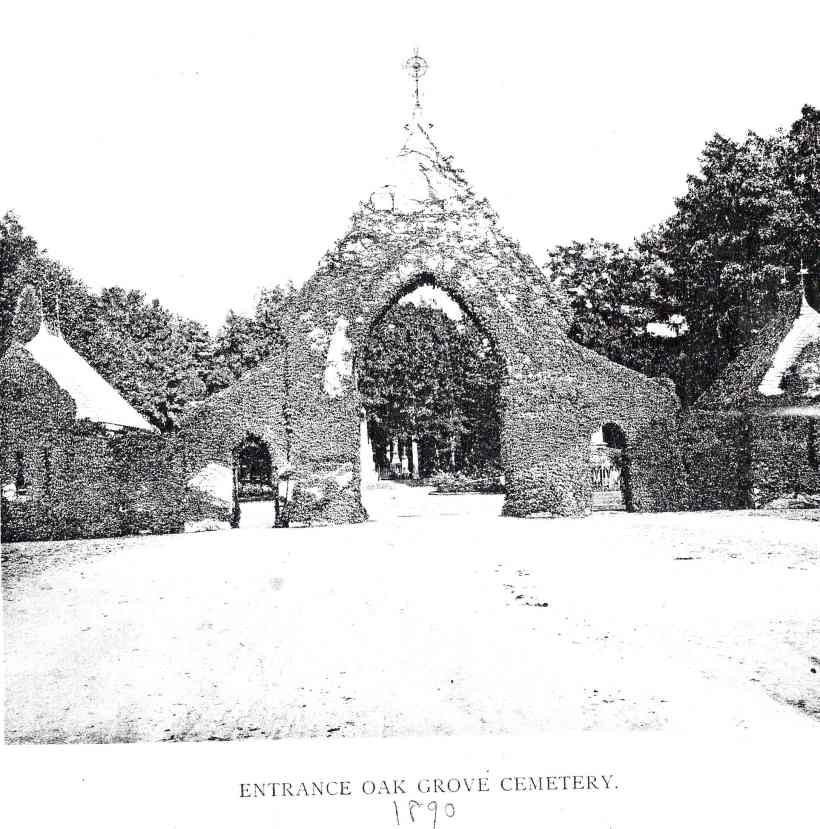 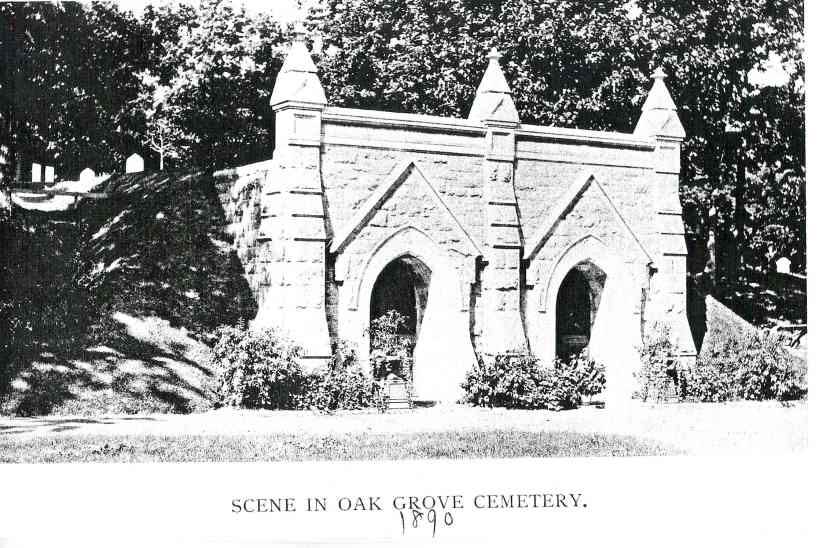 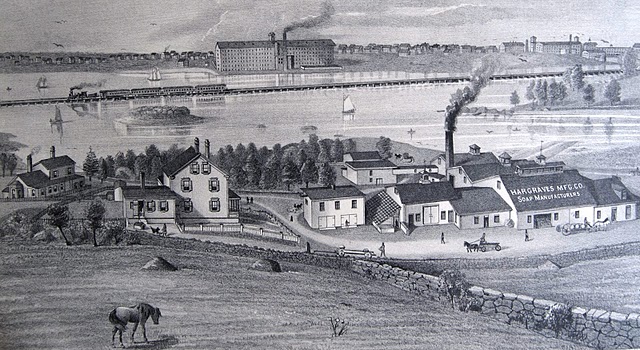 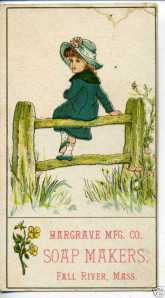 A trade card and 1883 image of the Hargrave Soap Manufacturing Co.